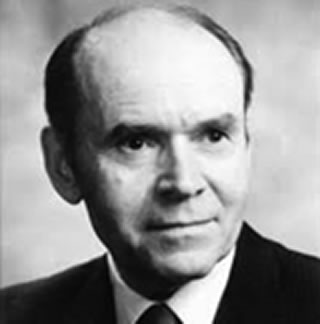 I read the relevant documents, including the Katyn Resolution S. Res. 566 in the version submitted to the Foreign Relations Committee of the US Congress by Senators Durbin and Menendez. This version includes the following sentence: “Whereas the Katyn Massacre fits into a larger pattern of Communist governments around the world persecuting their citizens and denying their people freedom, which has resulted in the deaths of up to 100,000,000 people since the Russian Revolution of 1917…”

This language dilutes the significance of the Katyn massacre by, in effect, saying that, “Oh well, all communist governments did this to their subjects.” I would like to summarize the most important issues raised by the Durbin/Menendez version of the Katyn Resolution (S. Res. 566), and particularly by the sentence quoted above.

The Katyn Massacre, as horrendous as it was, was the central component of a larger plan of extermination, a genocide, as defined by international law (see below) perpetrated by the Soviet Union against the Polish nation. The 22,000 Polish officers, regardless of whether they were Catholics, Protestants, Orthodox, or Jewish, were shot in the back of their heads, one by one, their hands tied behind them, because they were Poles, because they were faithful to their country.

Immediately preceding WWII (1936-1938), there was the “Polish Operation,” as the Stalin-Beria regime called it, directed against Poles who resided in the western part of the Soviet Union. They were native to those lands and were left there after the 1921 Treaty of Riga. During the two year “Operation,” 150,000 Poles, mostly men, were taken out of their homes and shot. After the Soviet invasion of Poland on September 17, 1939, in four deportations in February, April, and June 1940, and June 1941, an estimated one-to-one-and-a-half million Poles were deported from eastern Poland, to Siberia and Kazakhstan. Most of them perished, and only very few survived. I am one of the lucky ones, deported as a seven-and-a-half-year-old boy, together with my mother, two year old sister, and 68 years old grandmother to Siberia in the April deportation, exactly at the same time as our fathers, husbands, brothers were being slaughtered in Katyn. My sister and grandmother did not survive the ordeal.

This was ethnic cleansing on a gigantic scale in its own right but, taken together with the Katyn Massacre and the 1936-38 “Polish Operation,” constitutes a planned and ruthlessly executed genocide against the Polish nation. This is the major point which is not emphasized in the Katyn Resolution S. Res. 566, and this is why I find the sentence quoted above from this Resolution particularly offensive.

The Soviets’ intent, which needs to be shown in this case, to destroy the Polish national group in eastern Poland is clearly visible in the extensive targeting and the indiscriminate selection of the victims: deportation of women, children, the aged, entire families, nation’s leading elites, and the murder of Poles on the conquered territories. In other words, all Poles were to be annihilated simply because they were Poles. Clearly, the careful planning and execution of the “Polish Operation,” (the name chosen by the Soviets), the massacre of the Polish Officers held as prisoners-of-war in pursuance of Stalin’s Katyn execution order of March 5, 1940, and the mass deportations, constitute the Soviet genocide masterplan against the Polish nation. Consequently, the S. Res. 566 shall declare the Katyn Massacre a genocide, a genocide which, during the five-year period of 1936 to 1941, was designed to exterminate all Poles from the lands occupied by the Soviet Union.

The current language of Katyn Resolution S. Res. 566, as introduced in the Foreign Relations Committee, diminishes the suffering of the Polish people during WWII, and does this at the time when those who perpetrated these crimes are doing their best to rewrite the history of the war, to shirk their responsibility for these atrocities, and even try to blame Poland for starting the war itself. I am particularly appalled by the acceptance as valid of the Soviet strategy to treat Katyn murders as political murder and not as a genocide. This Stalinist tactic has been successfully pursued for 80 years. To give credence, as the S. Res. 566 does, to this historical manipulation by avoiding to call the crime for what it really was, a genocide, is yet another hideous example of promoting the Katyn lie.

In the light of today’s knowledge of this crime, there is no doubt that the Katyn atrocity is the embodiment of the genocide perpetrated by the Soviet Union against the Polish people, and the S. Res. 566 must state so clearly and unambiguously.

1. Definition of the Crime of Genocide:
According to Article II of the Convention on the Prevention and Punishment of the Crime of Genocide signed and ratified by the United States, genocide means any of the following acts committed with intent to destroy, in whole or in part, a national, ethnical, racial or religious group, as such:
-Killing members of the group;
-Causing serious bodily or mental harm to members of the group;
-Deliberately inflicting on the group conditions of life calculated to bring about its physical destruction in whole or in part;
-Imposing measures intended to prevent births within the group;
-Forcibly transferring children of the group to another group.

Importantly, the victims of genocide are deliberately targeted – not randomly – because of their real or perceived membership in one of the four groups protected under the Genocide Convention. This means that the target of destruction must be the group, as such, and not its members as individuals. Genocide can also be committed against the protected group, in whole or in part, as long as that part is identifiable and ‘substantial.’

Libra Institute Protests Incorrect Language in S. Res. 566 on the 80th Anniversary of the Katyn Massacre