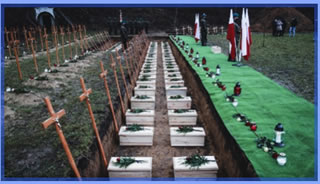 The third official mass funeral of the Polish victims executed by Nazi Germany in WWII and only now found and exhumed on the site of the former German investigative prison Fort III in Pomiechówek took place in Poland on December 17, 2020. This is the end of the three-year exhumation search conducted by the Institute of National Remembrance. In total, the remains of over 300 people were found, including members of the underground and soldiers of the Home Army. In the third mass funeral, the remains of 122 people were buried with honors – women, men and children brutally murdered for being Polish. Human remains and ashes were found in the place of the fireside (crematorium), on the so-called hill where mass executions took place.
On the initiative of the Polish Army, a new crucifix was placed at the entrance grate to cell “0”. Lukasz Kudlicki who represented the Minister of National Defense read a letter sent to the participants of the burial ceremony by Minister of National Defense Mariusz B?aszczak. Now it’s time to commemorate this place and its victims, stressed Mr Kudlicki.

See Gallery of Photos from this ceremony here: 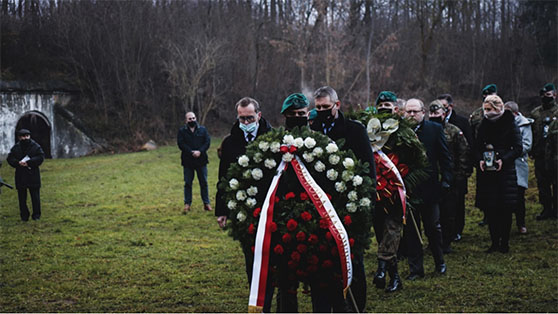 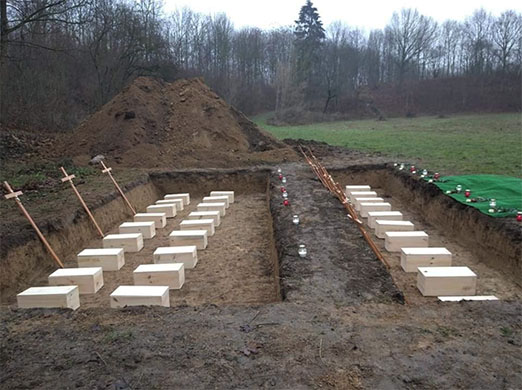 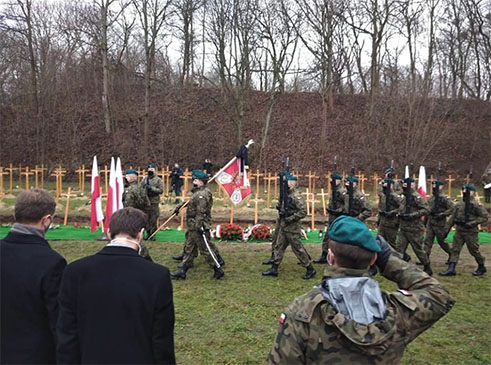 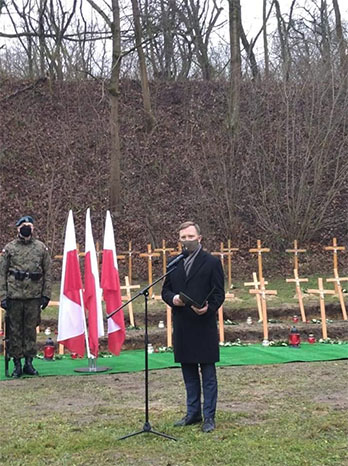 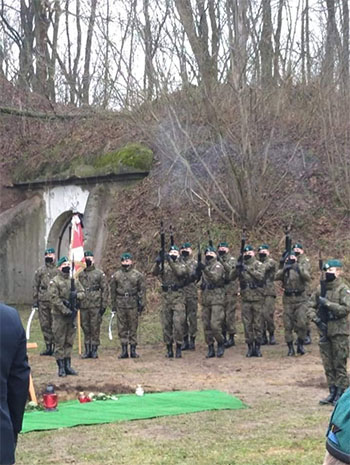 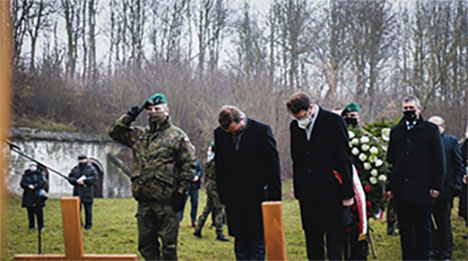 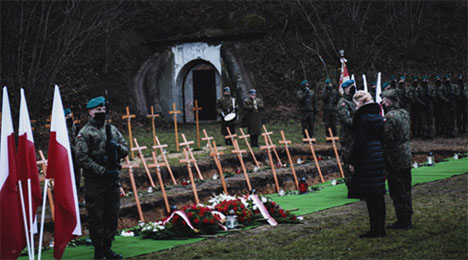 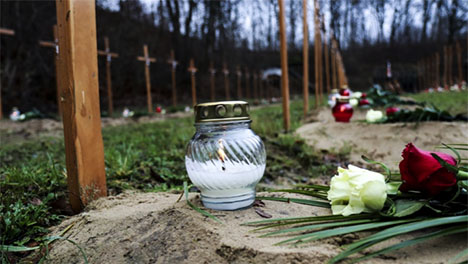 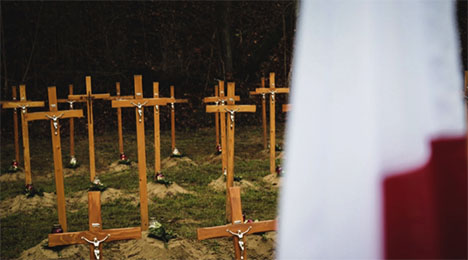 Position Statement of the Son of the Polish Officer murdered in Katyn on the Katyn Resolution S. Res. 566

Between Katyn and Auschwitz