The legal analysis of the Katyn case has been visibly absent in most discussions and papers on Katyn. For example, the Katyn Conference organized in the Library of Congress in May of 2010 in Washington, DC, did not address the legal qualification or any legal aspect of the Katyn crime.

The School of Law at Case Western Reserve University specializes in international criminal law and war crimes. The F. Cox International Law Center was formed in honor of Henry King, one of the Nuremberg prosecutors. Thanks to Henry King’s legacy, the CWRU School of Law is one of the leading centers of contemporary international criminal law in the world and Prof. Michael Scharf is one of the foremost experts in the area of international criminal trials and tribunals.  Thanks to the partnership between Libra Institute and Cox International Law Center of the CWRU School of Law the Katyn Symposium attracted leading experts on the law of genocide, representatives from Poland and Russia, experts on Katyn, and children of the victims of the Katyn crime, experts on civil representation of families of victims of mass atrocities, representatives of the US Congress including representatives Dennis Kucinich and Marcy Kaptur and Senator Sherrod Brown who addressed the Katyn Symposium participants via webcast.

Remarks made by Ambassador Stephen Rapp, Prof. William Schabas, and Prof. David Crane at a panel session dedicated to the question of whether Katyn constitutes genocide, were of great significance. Two out of three experts on international criminal law concluded that based on the facts presented Katyn could be classified as genocide. Prof. Schabas was not able to classify Katyn as genocide because he would like to see more information. The panel expressed concerns that political pressure must be taken into account when an attempt to classify Katyn as genocide is made. All panelists have agreed that Katyn qualifies as a crime against humanity.

On the second day of the Katyn Symposium, an expert meeting took place. Civil liabilities as well as other means of restitution were discussed.  An expert report with recommendations as to what steps can be undertaken in order to achieve atonement and meaningful reconciliation will be published as a result of this symposium together with articles and papers presented at the symposium.  A special issue of the CWRU Journal of International Law dedicated to the Katyn crime will be published in the fall of 2011. 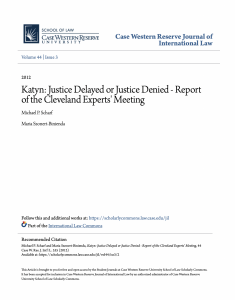 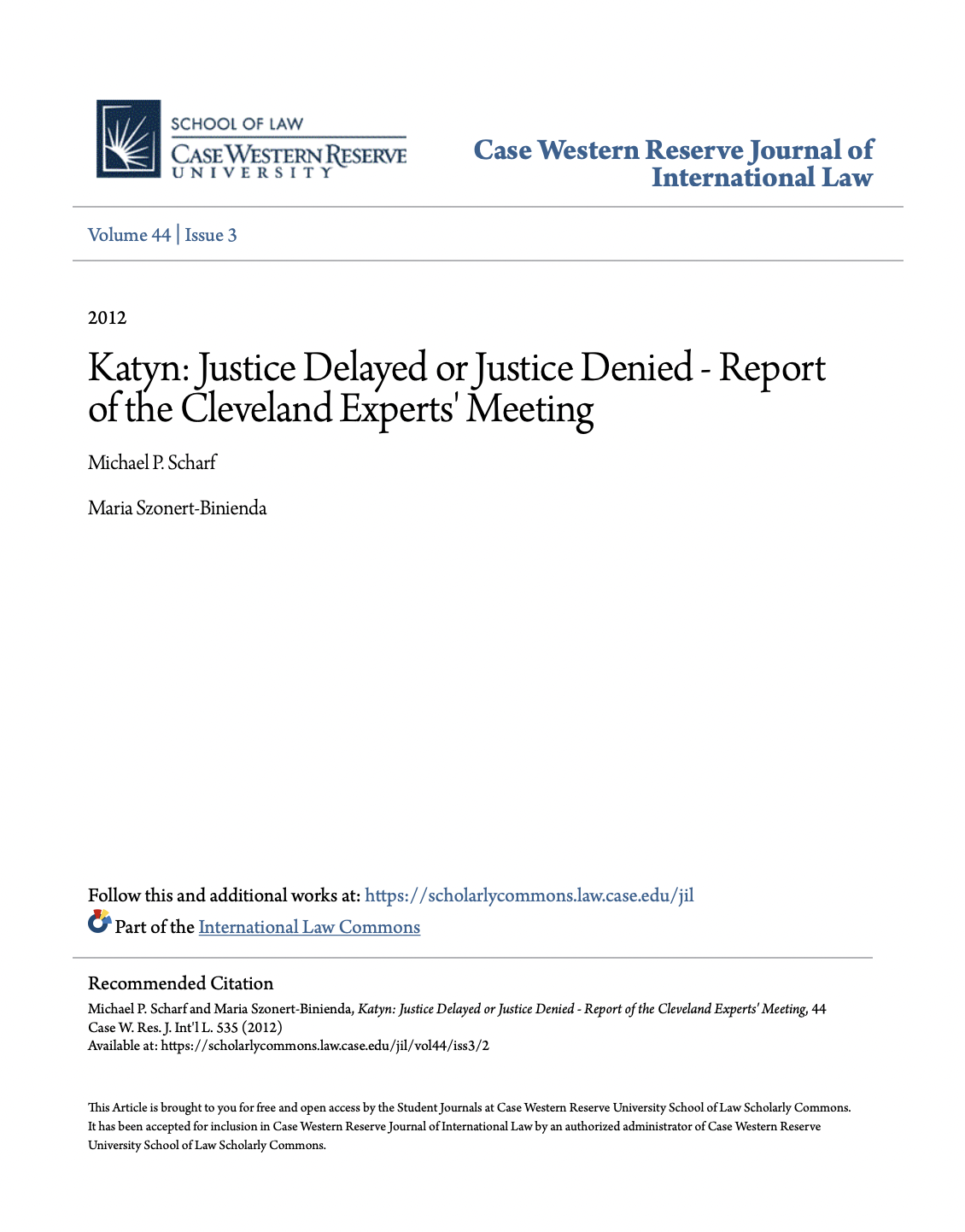 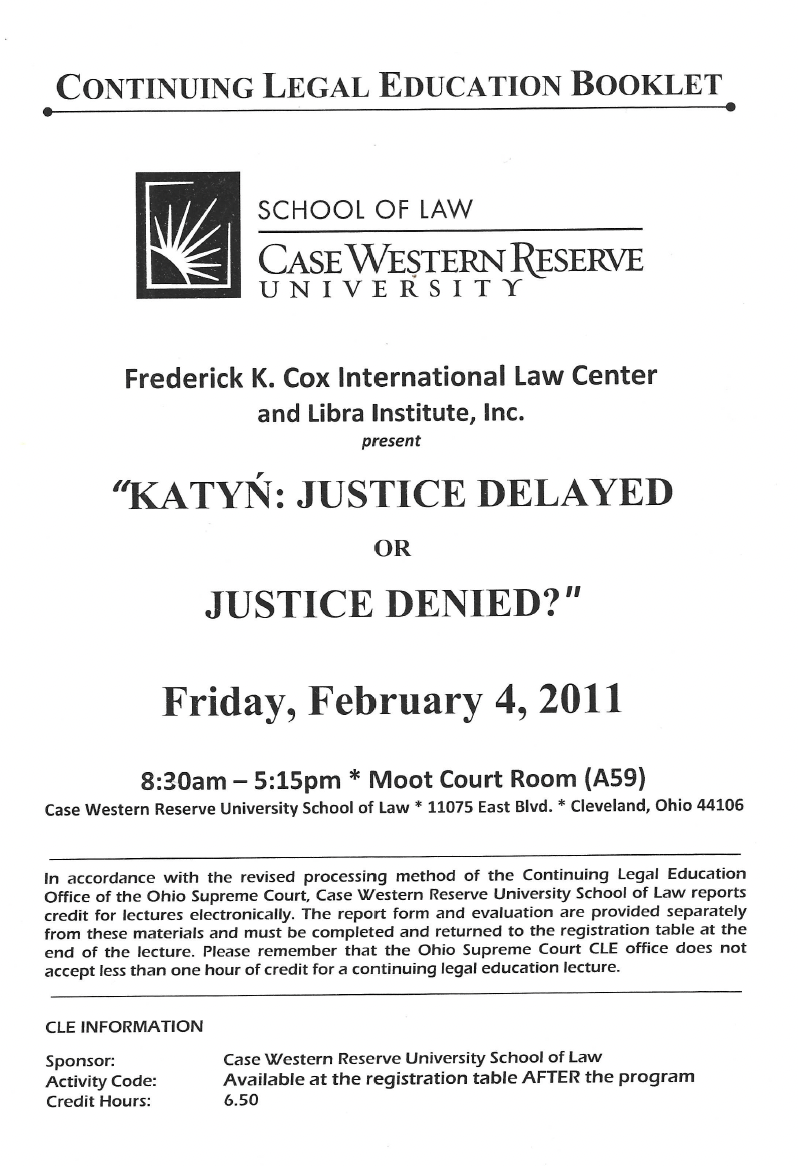 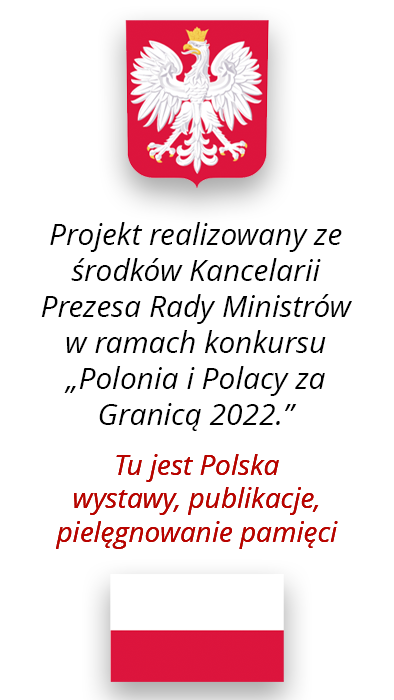