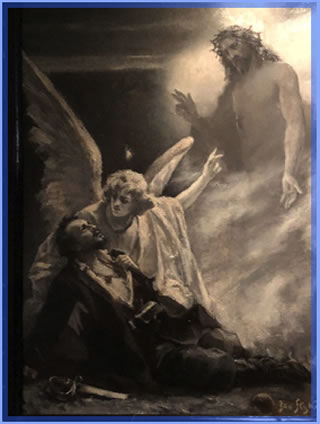 On Saturday, September 18, 1976, in a sunny weather, over eight thousand people gathered at the Gunnersbury Cemetery in London to take part in a major ceremony organized by the Polish exile community as well as their British friends and representative of other captured nations to unveil the Katyn Monument dedicated to the thousands of Polish officers murdered by the Soviets in 1940. British representatives, representatives of other nations and fraternal organizations from the countries conqured by the USSR also took part in this ceremony.

In the alley leading to the Katyn Monument 49 flag posts of regional combatant and fraternal associations, Polish falcons and other social organizations stood at attention.

A large delegation from the United States of America with the flag of the Polish Legion also arrived under the leadership of Colonel Kajkowski, Dr. Sikora, Iwanski and Nowak.

Representatives of the Polish Government in Exile, the Founding Committee, and the clergy took their seats around the Katyn Monument together with British guests and foreign delegations, including representatives of US embassy, and embassies of Bolivia Brazil Columbia Liberia South Africa and Uruguay. Large groups of representations of exile diaspora from Czechoslovakia, Hungary, Lithuania, Latvia and Ukraine were also present.

Exactly at 10.50 am, the flags were introduced. Soon thereafter, the President of Poland in Exile Dr. Stanislaw Ostrowski arrived. He was surrounded by the Prime Minister K. Sabbat, Lords Barnby and Oswald, Sir Bennet and Chairman Soboniewski. The national anthems of Poland and the UK opened the ceremony.

Lord Barnby spoke first. He emphasized that this ceremony would go down in history as the triumph of the truth while the Monument will become of a noble symbol of homage and respect to the victims of the most horrific crime. He expressed gratitude to all those who helped in the erection of the Katyn Monument, and despite many obstacles assured the completion of this project.

He then turned to the President of the Republic of Poland in Exile saying that he hands over to him the possession and care of the Katyn Monument, expressing hope that it will become a relic not only for the families and friends of the murdered officers but for all the Polish people throughout the world.

Accepting the Katyn Monument on behalf of the Polish nation, President of the Republic of Poland in Exile Dr. St. Ostrowski stated:

We are standing in front of the Monument erected in the capital of Great Britain. This Monument stands as a symbol of the suffering of the Polish nation and as the testimony to the barbaric cruelty of those who caused this horrific suffering.

This Monument speaks of the victims of Katyn in the USSR, because the crime was discovered there and is known to the entire world. But as we contemplate at the Katyn Monument we also remember officers from Starobielsk and Ostaszkow whose final place of extermination is not yet known. We also remember and pay respect to the hundreds of thousands of our countrymen who disappeared in prisons, lagry and in deportations to inhumane lands of the Soviet Union.

The only reason for the criminal decision of the Kremlin from years ago was the fact that the prisoners of war in Katyn were the Poles. These Poles murdered in Katyn represented the first nation in Europe that stood up against Hitler’s Germany exactly at the time when Russia entered into alliance with Germany against Poland and together with Germany attacked Poland. (…)

Looking at this Monument in sad contemplation, we direct our thoughts and feelings towards the Katyn forest and towards all other yet unknown places of extermination in Russia, where remains of our loved ones murdered by the eastern barbarians are hidden in death pits and do not cease to call for justice.

The entire Polish nation hears this calling. The passage of time will not silence this outcry. The patriotic political emigration hears this calling and in front of this Monument-Symbol pledges never to cease fighting that the perpetrators of this horrific crime be named, denounced, and punished, so that historic justice be served.

As the President of the Republic of Poland in Exile, I accept, in the name of the Polish nation, the possession and care of this Monument as the testimony to the inhumane crime committed on the Polish Nation during World War II.
(…) 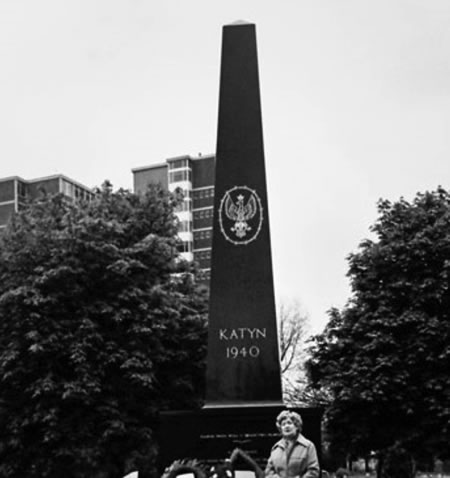 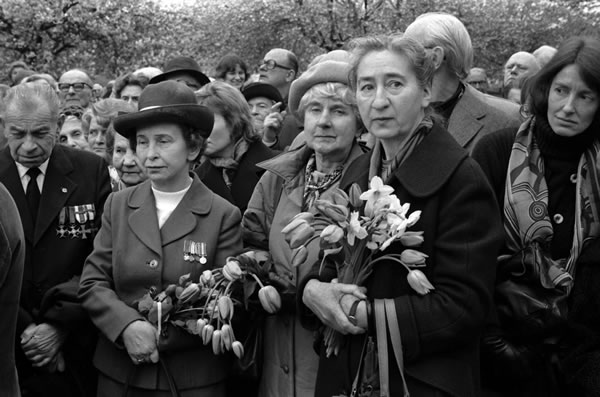 The number of Poles murdered by NKVD in 1937 Polish Operation greater than expected!