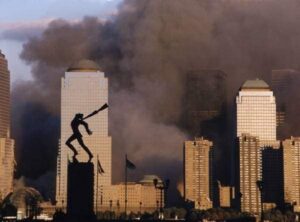 A newly discovered document on the Katyn massacre has been published in the Russian “Novaya Gazeta.” The document could be critical in determining the accurate date of Stalin’s decision to order the execution of the Polish officers in 1940.

The document, marked as confidential, has been discovered by Professor Natalia Lebedeva in The Russian State Archive of Social and Political History. The document is a letter to Stalin by Lavrentiy Beria, chief of NKVD (the Russian People’s Commissariat for Internal Affairs), and Nikita Khrushchev, chief of the Ukrainian Communist Party. The letter concerns the deportation to Siberia of between 22 to 25 thousand family members of the Polish officers to be executed by shooting.

The letter dated 29 February 1940 has the number 793/b, whereas Beria’s letter regarding the execution of Polish prisoners of war is numbered 794/b. “We may have finally discovered when the decision to execute 22 thousand Poles was first made,” says “Novaya Gazeta.”

”Novaya Gazeta” reminds us that the final version of Beria’s letter regarding the execution of the Polish officers has no specific date but only an annotation of it being prepared in March, which was used by Russian Chauvinists to question historical facts about the Katyn massacre.

“Since the first version of the letter regarding the execution was dated the same day as Beria and Khrushchev’s letter to Stalin about the deportation to Siberia of between 22 to 25 thousands relatives of the Poles to be executed, there are no grounds for confusing historical facts anymore,” concludes “Novaya Gazeta.”

“Knowing that Beria and Khrushchev’s letter number 793/b is dated 29 February, it becomes clear that the first version of Beria’s letter to Stalin number 794/b could not have been written any earlier than 29 February. It could not have been written later either, because, as confirmed by Vasily Khristoforov, the director of FSB Archives, documents numbered 795/b and 796/b are also dated 29 February,” states “Novaya Gazeta.”
Source: mr, PolskieRadio