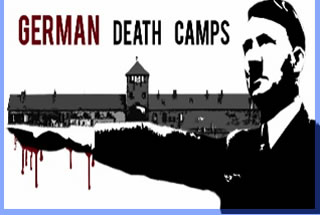 Arkadiusz Mularczyk and Józef Menes discovered a forgotten UN document on war reparations. It turns out that the communist governments in Poland consistently claimed that Poland should be entitled to war reparations from Germany. This position is in contradiction to the alleged ‘waiver of claims’ by Poland that was supposed to take place in 1953.

– The declaration of the Polish People’s Republic government from 1969, which appeared in this UN document, clearly shows that Poland did not relinquish its rights to war compensation from Germany – say Mularczyk and Menes.

A 1969 UN document contains the responses of several countries, including Poland, to an inquiry from the UN Secretary General regarding the preparation of a study defining the criteria for war compensation and the principles of responsibility for war crimes and crimes against humanity.

– The Polish People’s Republic government demanded that the issue of responsibility for war crimes and crimes against humanity should not be limited to criminal liability of the perpetrators of such crimes, but that the UN document should also include the principles of material liability of the aggressor for war damages – Menes and Mularczyk stated in a statement sent to PAP.

As emphasized by Mularczyk and Menes, there was a fairly common presumption that in this UN document from September 1969 the government of the Polish People’s Republic confirmed that in August 1953 its previous communist government led by Boles?aw Bierut relinquished the rights of Poland to war reparations from Germany.

Their analysis shows, however, that contrary to the prevailing opinion, the statement from 1969, which was included in the UN document does not confirm the position from 1953, to the contrary, it confirms the need for war reparations.

– The final part of the document presents the rules for determining war compensation and lists the categories of entitled persons. The government of the Polish People’s Republic also stated that compensation for war crimes and crimes against humanity cannot be considered under the aggressor’s legislation, but under international regulations, said Menes and Mularczyk.

Between Katyn and Auschwitz